68 years ago today, at 7 pm on August 14, 1945, President Harry Truman stood before reporters gathered at the White House and announced the unconditional surrender of Japan.

President Truman had just received word that  Japanese Emperor Hirohito had surrendered to the Allied forces, bringing an end to the War in the Pacific and World War II. On noon that day (August 15 in Japan), in a broadcast to the Japanese people, Hirohito made the announcement of Japan’s acceptance of the Potsdam Declaration.

The day came to be known as “Victory in Japan” or “VJ” Day…a day that ended the most destructive war in history. Three months earlier, Germany surrendered to the Allies during “Victory in Europe” or “V-E” Day.

“This is the day we have been waiting for since Pearl Harbor,” Truman told a crowd that gathered outside the White House after hearing news of Japan’s surrender. “This is the day when fascism finally dies, as we always knew it would.”

Although the formal signing of the terms of surrender ending World War II would not occur until September 2nd,  the announcement of Victory Over Japan Day, or V-J Day, sent millions of Americans— citizens and members of the armed forces, out into the streets of cities and towns across the country and around the world .

In honor of this historic event, we thought we’d share some photos of that momentous day and the days that immediately followed: 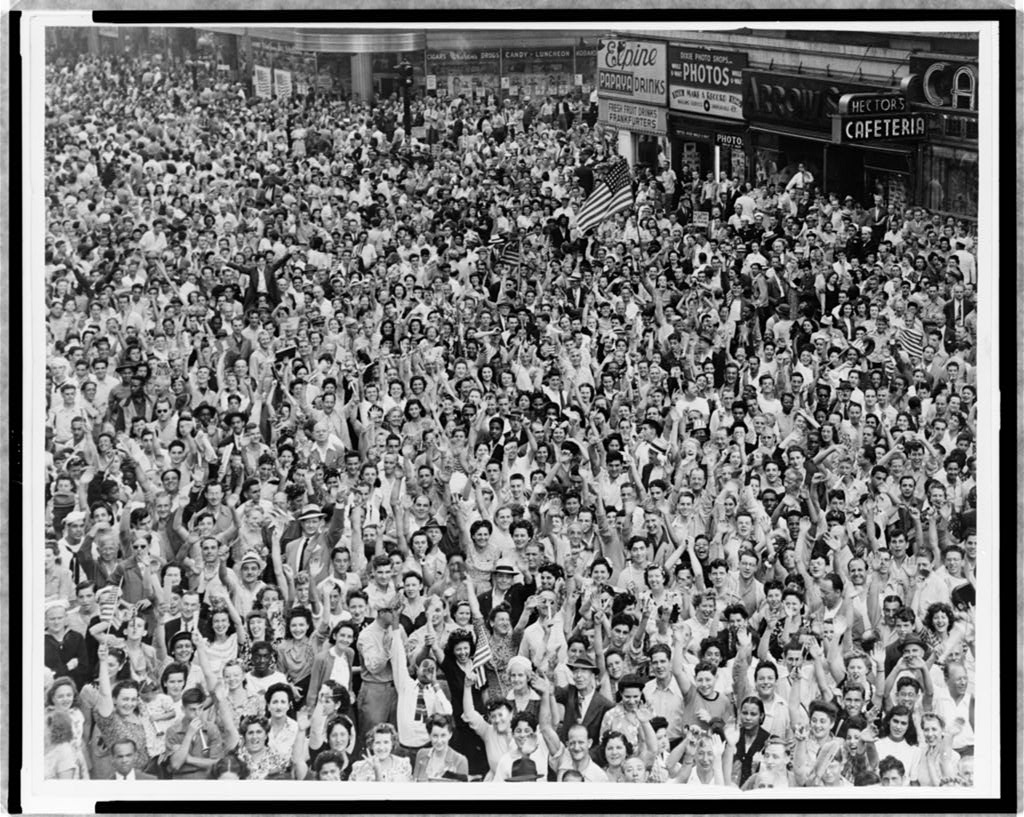 “Crowd of people, many waving, in Times Square on V-J Day at time of announcement of the Japanese surrender in 1945.” (World-Telegram photo by Dick DeMarsico; Courtesy Library of Congress) 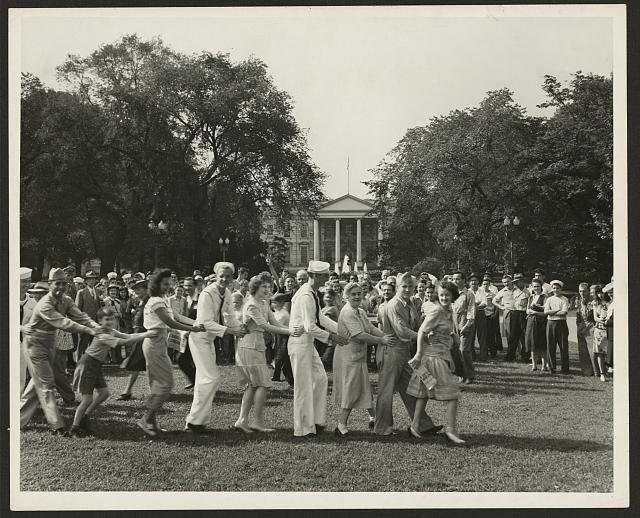 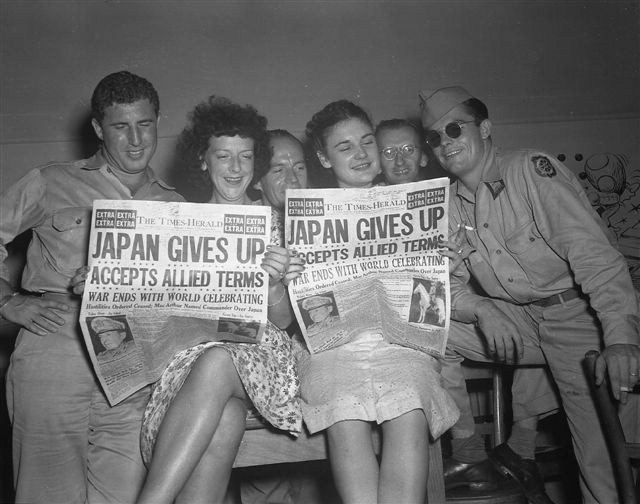 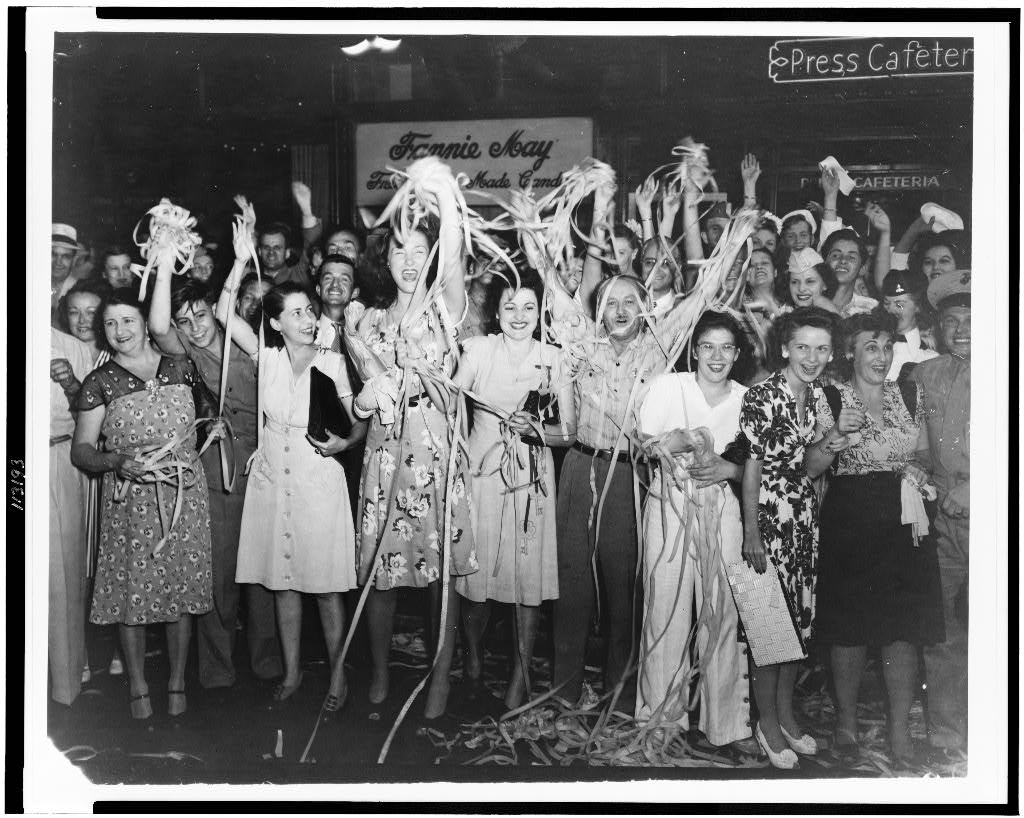 “A soldier and his family read early newspaper reports of Japan’s surrender, while walking in Washington, DC, on 14 August 1945, shortly before the official announcement.” (US Navy Photograph; National Archives)

Be sure to visit the following websites to learn more: